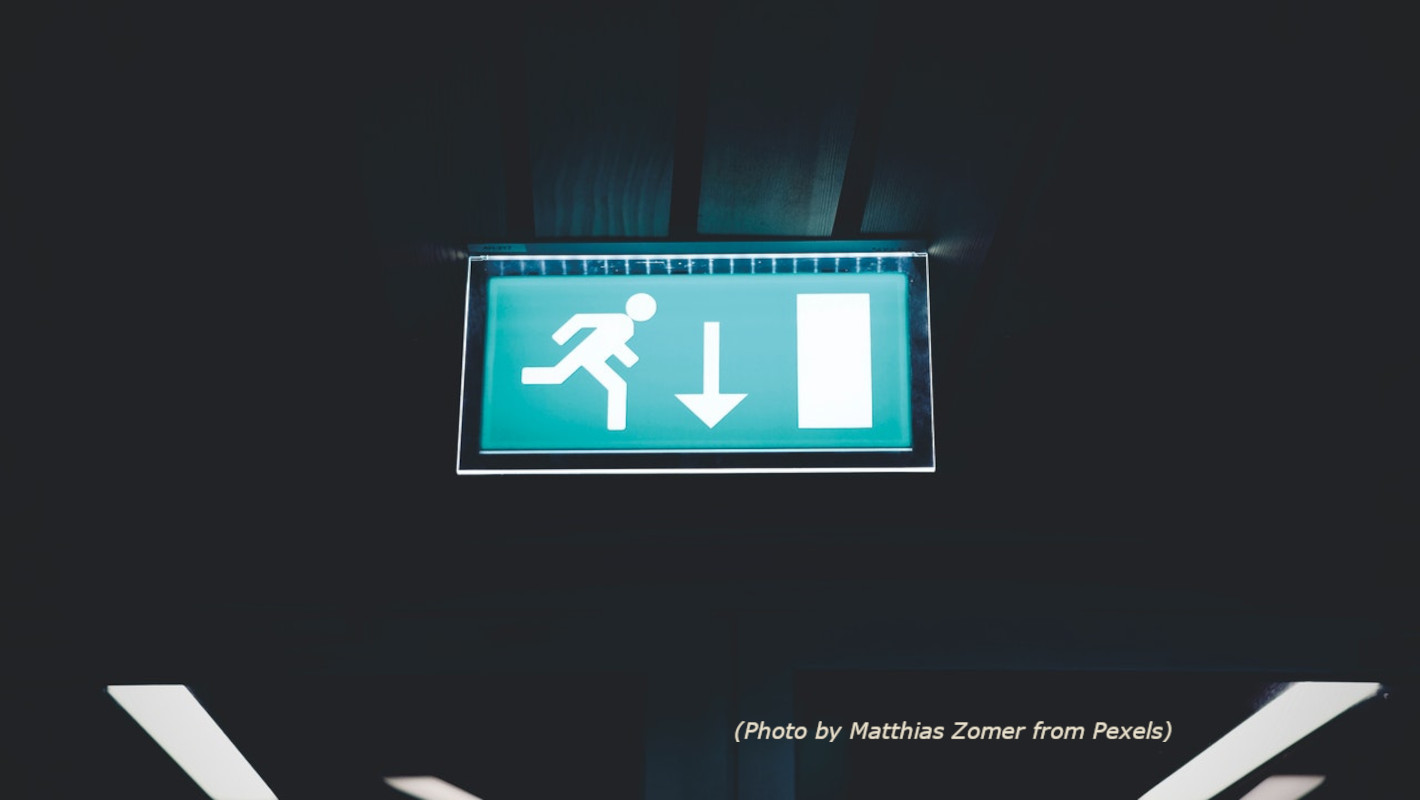 We may have wondered why smokers keep repeating their unhealthy habits even though photo warnings portraying damaged organs from dangerous illnesses are printed on cigarette packs.

Or, when we—grownups—are having problems or feeling lonely, we may feel this urge of coming home and we call our parents just to ask them to make our favorite food. Then, we go back home to see our parents, sleep in our childhood room using an old blanket or pillow, then suddenly all the unsettled feelings become lighter.

In psychoanalysis, what happens to smokers and some of us who choose to go back to past lives is an example of a psychological defense mechanism. A defense mechanism is a strategy used by humans as a protection from any uncomfortable feelings or events by shifting those feelings to other objects or activities. We do this mechanism unconsciously.

Smokers who ignore the warnings about the dangers of smoking are actually doing a psychological defense called rationalization. That is by finding rational reasons to keep doing and justifying unhealthy or bad habits without feeling guilty.

Meanwhile, people who choose to return to a childhood or teenage environment are actually regressing. That is, diverting discomfort by repeating the things we used to do when we were still young. A simple example of regression is a child aged five years or older who returns to wetting or talking like a toddler when the child has a younger sibling. The child may do it out of jealousy and wants to be treated like a baby again to get the same attention.

The psychological defense theory was first promoted by Sigmund Freud, the founder of the Austrian school of psychoanalysis. In his view, defense mechanism is natural and humane because it is part of human psychological development.?

Infants usually cry out loud as an initial form of communication as well as a defense mechanism. As we age, the forms of psychological defenses become more diverse along with our understanding of the values that grow and develop in our surroundings.

Believing in something that is clearly wrong, or otherwise refusing to believe the real facts in plain sight. The latest example in the pandemic era is anyone who is sick and showing symptoms of Covid-19 but refuses to be tested. They try to convince themselves or those around them that they are just a bit unwell and will soon recover. Another example is anyone who refuses to get rid of tight clothes and thinks that the clothes will fit again someday, without going on a diet.

Projecting our thoughts or feelings on other people and supposing as if that person has the same prejudice to us. For example, we don't like someone for some reason, but because we don't want to admit it, we think that the person is the one who doesn't like us. Or someone who is cheating because they are suspicious that their partner is also cheating.

In this case, directing emotions and frustrations to objects that are not the cause and are seen as inferior. For instance, someone who is upset with their boss displacing their anger when they are at home by scolding their child for small stuff. Or the husband who is afraid of his spouse and does not dare to vent his anger at home but in the office, he is known as a very strict and often grumpy boss.

What is shown is the opposite of what is actually felt. For example, a man secretly likes his friend, but since he fears of being rejected and denies his feeling, he behaves like he does not like or even hates her.

Separating reality and seeking other representations to divert discomfort. People who use this strategy tend to run away from reality and live in the new world they create without having to face conflict and problems for a certain period of time. For example, imagining scenarios that don't happen in the real world.

Using logic to avoid or ignore unpleasant feelings. Intellectualization is used to prevent us from directly confronting our true feelings. For instance, when someone fails an interview at their dream company because they do not want to feel disappointed, they then immediately shift it by making an evaluation list of mistakes or shortcomings potentially causing them failure. They will use the evaluation for future strategies.

Forgetting traumatic or uncomfortable incidents. Repression is usually done unwittingly. Unfortunately, those memories aren't actually lost. However, this memory slowly enters the subconscious and will manifest into certain behavior and reactions to something or someone in the future. Repression is usually experienced by victims of sexual abuse.

In contrast to repression, suppression is done consciously or intentionally. We deliberately forget something or take our mind off things that are uncomfortable. Suppression is one of three types of defense mechanisms that are considered mature and is the only type of defense that is done consciously. For instance, when we are heartbroken, we try not to do something nor go to places which can remind us of the person breaking our heart.

Redirecting emotions and uncomfortable feelings to safer and more productive objects or activities. Sublimation is the second type of self-defense that Freud considered mature. For example, instead of getting angry, we channel our emotions by doing works, sports, music, art, and other positive activities that are unrelated to the conflict.

Facing emotional conflicts or stressors by bringing up aspects that are considered "funny" and making it something to laugh at. For example, someone just lost their leg from an accident and tries to cheer up by saying at least they could dress up like a pirate, instead of weeping for their loss.  Hmm, quite dark. Another example, comedians or comics bring up topics exposing their shortcomings and make fun of themselves to entertain the audience.

Freud considered humor as the ultimate defense mechanism of all. Because, of course, it takes openness and a big heart to be able to laugh at the bad things that befall us. It is even said that this form of defense may show a good signal of the psychological recovery process.

Self-defense does make us forget about the unpleasant feelings we experience. But unfortunately, although it is considered normal, the comfort it generates is temporary. So, it's like running from the main problem without actually solving the emotion.

Isn't the core emotion greatly influencing our reactions and decisions we make when faced with stressors? Hopefully, such reactions or decisions don't damage our relationships with other people or hurt those closest to us—children, spouses, parents, or even ourselves.

Also, the defense mechanism can indirectly prevent us from accepting and confronting emotions. Whereas in psychology, our brain tends to absorb the emotions that we don't admit and stores it into the subconscious. In the end, those emotions are manifested in the form of unhealthy behavior or an accumulation of stress in the future. Further, all the accumulated negative emotions may lead to psychological problems or mental disorders.  The most common is depression.

In essence, although defense mechanisms are considered normal and natural, many people experience emotional difficulties because they rely too much on this mechanism–without really facing or recognizing the main source of anxiety or threats.

Thus, we need to know what form of psychological defense we usually use. Because, if we keep altering our feelings without ever admitting them, we will only let our problems pile up and explode someday like a time bomb.

First, we should have self-awareness. With self-awareness, we can observe what is happening within us. When we are aware of this mechanism, we can try to observe the pattern. We can stop and ask ourselves. What's happening?  How do we feel? What is making us uncomfortable? When we acknowledge the feelings we experience, we are pulling these feelings out of the brain so they don't get embedded or live in the subconscious.

Second, if it is difficult to identify what our type of defense mechanism is, we can ask the closest person. Usually, the people closest to us find it easier to see the form of psychological defenses that we usually have.

Third, if the two previous options don’t help, go seek professional help, a psychologist or a counselor (a psychiatrist if clinical symptoms have shown, the condition has been chronic, or need medical treatment is needed).

Recognizing the self-defense mechanism that we use may not immediately heal primal wounds, but at least it can be a starting point for the self-healing process. The analogy is like opening a gate to enter a space of hidden feelings or emotions. It can help us know those emotions and pull them out of the subconscious.

By caring more about our behavior, our thoughts, and our feelings, believe it, we can be more responsible as adults without having to hurt ourselves and other people.? 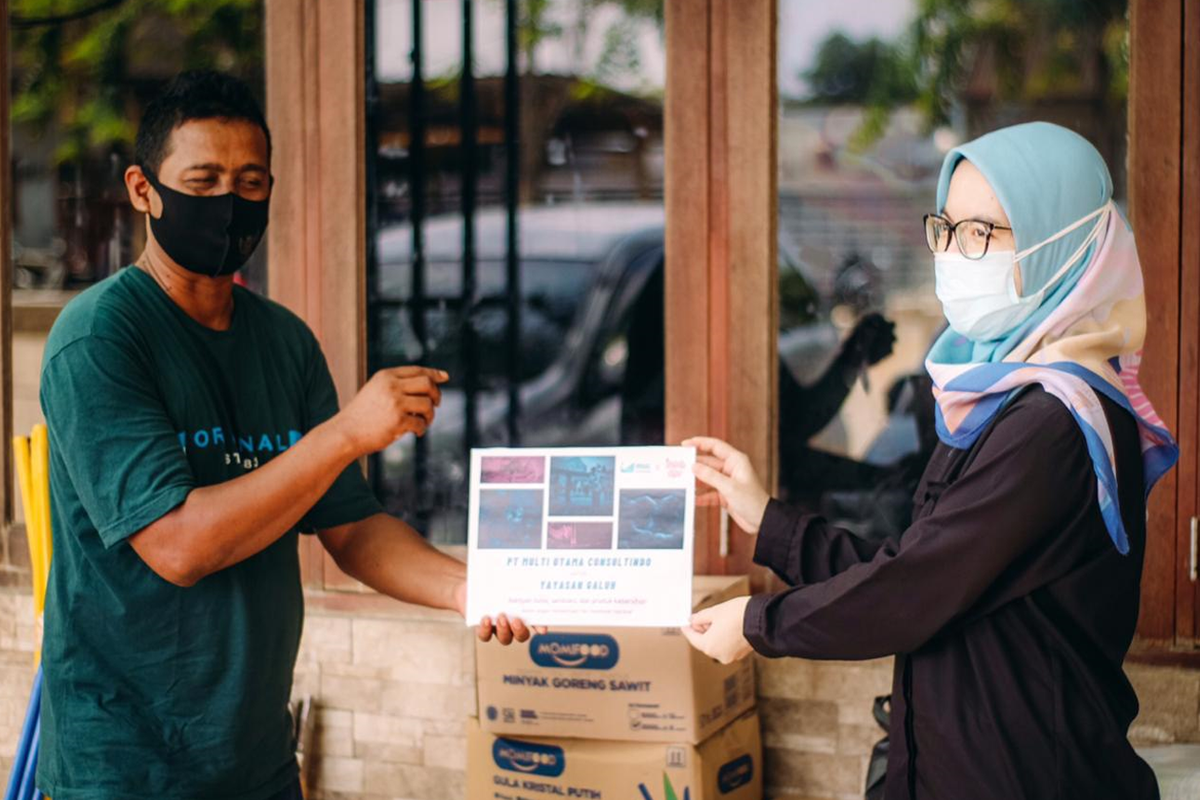