Pandemic, Recession, and The Fate of Tax This Year 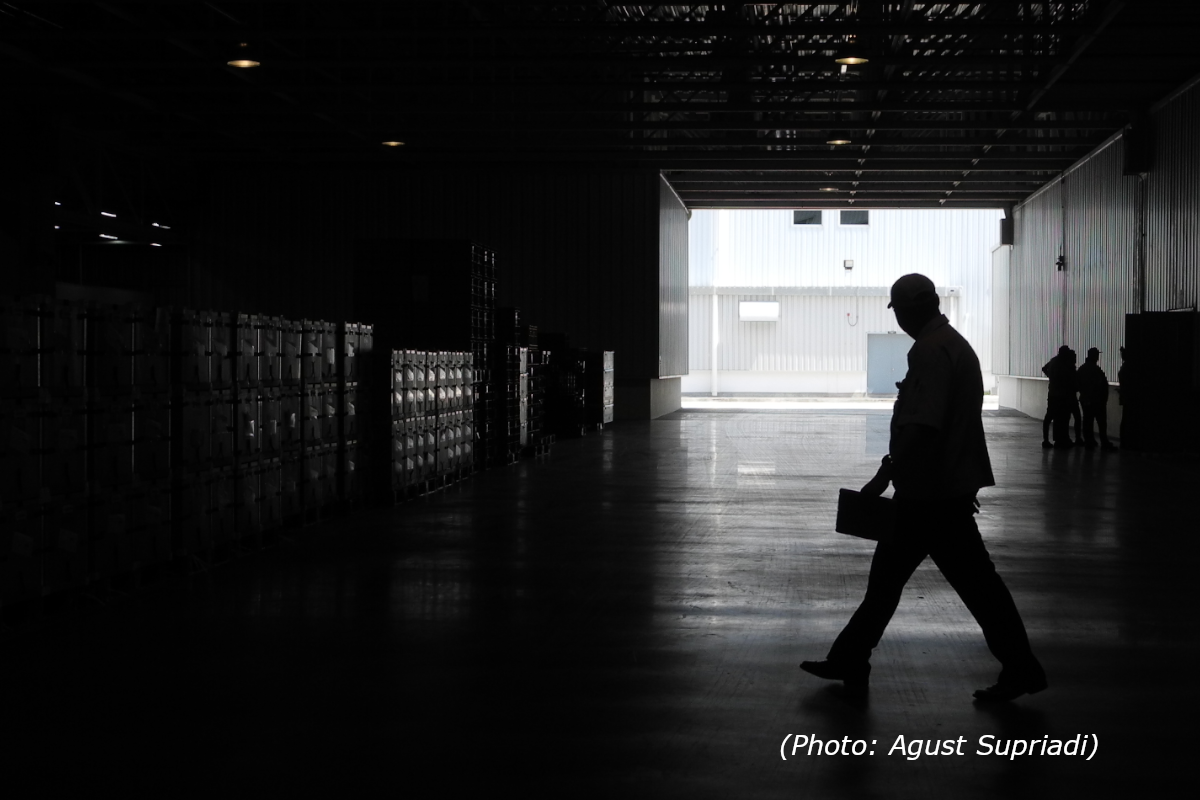 Indonesia is on the edge of an economic recession. President Joko Widodo emphasized this condition in a meeting with the governors at the Bogor Presidential Palace, 15 July 2020.?

In economic terms, a recession is a condition in which a significant decline in economic growth occurs. A country experiences a recession when the economic growth contracts or is minus in two or more quarters on an annual basis (year on year). Meanwhile, if the Gross Domestic Product (GDP) is negative in two or more consecutive quarters on a quarter to quarter basis, it is called a technical recession. Which one is more appropriate in assessing the current economic real condition? The answer is both are equally relevant.?

This condition was supported by data on the decline in almost all economic components. From the expenditure side, household consumption, which has been the main motor of the national economy, has experienced a decline in growth of 6.51%, or worse than the conditions during the 1998 economic crisis (minus 6.17%). This is in line with investment, export, and import that are also difficult to rely on because of the slowing trend since the last few periods. From this side, practically only government spending can be forced to grow in order to stimulate the economy.

From the production side, almost all business fields have been hit hard along with the decline in demand for goods and services during the pandemic. Except for the agricultural sector, information and communication, as well as the water supply sector—which are still growing amid the economic crisis.

In fact, there are many countries whose economic conditions are far more concerning than Indonesia. The United States is one of the worsts. Uncle Sam has already confirmed an economic recession, after experiencing a consecutive economic contraction of -5% in the first three months of 2020 and -32.9% in the following quarter.

A number of developed countries in Europe are also unlucky. Germany, for example, a country with the largest economy on the European Continent is also experiencing a recession at a faster rate. German economic growth in the second quarter of 2020 was minus 10.1%, continuing the negative trend of the previous quarter which was minus 2%.

Move to France, after recording a GDP rate of -5.9% in the January-March 2020 period, France has failed to recover and fell into a recession instead. In the second quarter of 2020, France's GDP was minus 13.8%.

Even Italy fared the same. After minus 5.5% in the first quarter, Italy closed the first half of 2020 by recording a negative economic growth of 17.3% in the second quarter of 2020.

Similar conditions also occur in the Asian region. Japan, which is currently working hard to recover its economy from the crisis, is in fact getting more tragic this year. After experiencing a 7.3% contraction in the fourth quarter of 2019, the GDP rate of Japan returned to a negative 3.4% in the first quarter of 2020. Economists see that the negative trend will still overshadow the Japanese economy, predicting that the GDP in the second quarter of 2020 will be minus 26.3%. The Statistic Bureau of Japan is likely to release an official report on economic growth for the second quarter on 17 August 2020.

Likewise, South Korea experienced an economic recession earlier, after recording a negative growth of 1.3% in the first quarter and minus 3.3% in the second quarter of 2020.

Instead of coming out of the political and economic crisis, Hong Kong is exactly the opposite. Hong Kong has actually experienced economic deterioration since the second half of the previous year, following protests by pro-democracy activists against the National Security Law initiated by the Chinese Government. In the third quarter of 2019, Hong Kong's economy was minus 2.8% and minus 3% in October-December 2019. Hong Kong's economic downfall then fell deeper in the first half of 2020, after contracting 9.1% in the first quarter and minus 9% in the second quarter.?

The economic recession then spread to Singapore and became the first in Southeast Asia. In the quarter I-2020, the economic growth of Singapore was minus 0.7%. The contraction worsened in quarter II, namely minus 12.6%.

The Philippines then followed. The confirmed economic recession of the Philippines authority's official report on the decline in GDP rate amounted to minus 0.7% in the first three months of 2020 and minus 16.5% in the following quarter.

The current economic recession is a global phenomenon. ?Most likely there will be more and more countries experiencing the recession; Indonesia is no exception.

The International Monetary Fund (IMF), in its latest outlook, even predicted that the global economy would contract by around 4.9% in 2020. The IMF projected that the world economic crisis will recover slowly starting next year with an estimated growth of 5.4% in 2021.?

The World Bank and the Organisation for Economic Co-operation and Development (OECD) are even more pessimistic than the IMF. OECD predicted that the global economic pace will be minus 6% this year. While the World Bank saw a weakening potential of the world economy amounted to -5,2% in 2020.?

The Corona Virus Disease 2019 (Covid-19) pandemic is the culprit of the current global economic downturn. The fast-mutating virus since it was first discovered in Wuhan, China has infected more than 20 million people worldwide and killed more than 734 thousand of them (until this article was created). The outbreak has forcibly halted almost all social and economic activities in many parts of the world the whole year long.

This non-natural disaster made authorities in various parts of the world startled and stuttered in responding to it. In the economic sector, almost all countries simultaneously poured out massive expenditure budgets for health management and economic stimulus. The packaging and the form of the policies vary in each country. However, all of them are certainly beyond normal limits or extraordinary.

The Indonesian government itself has allocated a budget of IDR695.2 trillion for the National Economic Recovery (PEN) program and handling the impact of the Covid-19 pandemic. The details are as follows: for the health sector of IDR87.55 trillion; social protection program of IDR203.9 trillion; business incentives of IDR120.6 trillion; support for MSME of IDR123.46 trillion; corporate financing of IDR53.57 trillion;  as well as sectoral programs through ministries/institutions and local governments of IDR106.11 trillion.

All of these constitute major policies that have the risk of disrupting fiscal health that the government has to take. The most obvious risk that has been predicted at this time is the potential for the state budget (APBN) deficit to swell up to 6.72% of GDP or reaching IDR1,028.6 trillion. Talking about the state budget deficit means talking about the difference between the lack of tax deposits to the state treasury, which must be covered through debt for its financing. A policy choice that is not very populist, but important and must be done.

The stake is in the second half of this year. One of the indicators of the success or failure of the PEN will be confirmed by the economic growth in the third and fourth quarters of 2020. The threat of a recession—which is the concern and the reason why President Joko Widodo was furious at his subordinates—will prove the government's performance in the economic sector.

How about the health sector? The President certainly will not be outraged if the relevant authorities are quick on their feet in dealing with the spread of the Covid-19 outbreak. So feel free to judge for yourself.

Forget About The Target

Tax authorities perhaps would never expect to get through 2020, if only they knew the challenges would be this tough. The achievement of the tax revenue target is not a question yet, since being able to reduce the widening of the APBN deficit is a luck enough for them. It is the same with the economic growth target which is far beyond the expectation.

In fact, Director General of Taxes Suryo Utomo once said that his agency's focus is split between pursuing tax deposits and promoting tax incentives. A difficult choice considering both will determine Indonesia's economic fate in the future.

Logically, how could the tax officers be able to collect taxes from taxpayers, whose income is likely to be reduced or worse, or even who have lost their incomes and jobs due to the economic paralysis? Even if some taxpayers are still profitable and can be billed, the next challenge is how the tax authorities ensure the taxpayer compliance in the midst of social distancing demand that seems to forbid physical interaction.

Therefore, the digitalization of taxation services can no longer be a mere discourse. The entire tax system should be supported by a qualified IT infrastructure so that it can be connected to a digital network which is now the main access for human interaction.

I do not only suggest massive taxation on Trade Through Electronic Systems (Perdagangan Melalui Sistem Elektronik/PMSE), but also optimizing the use of IT to provide optimal services and make it easier for taxpayers. So, talking about tax compliance is not only the responsibility of taxpayers, but also the "homework" of the state apparatus, which, in this case, includes the tax authorities.