The development of the Bonded Logistics Center (PLB) since its launching in 2016 is considered successful in pushing down the national logistics cost and maintaining the stability of basic need and industrial raw material prices. However, there are still some notes on tax uncertainty, especially related to Permanent Establishment (PE) status.

For more details, MUC Tax Guide summarizes the explanation of Director General of Customs and Excises Heru Pambudi on the press conference event at Juanda Building, Ministry of Finance, Monday 2 April 2018. Below is the excerpt:

How are the development and achievement of PLB so far?

The function of the first generation of PLB, as we all know, is aimed solely to store raw materials and machinery because the provisions are still limited to those two commodities.

Currently, there are 55 companies at 75 locations of PLB, with the spread from Aceh to Sorong. All the PLBs are fully utilized in which the value (goods) stored is now reaching USD2,5 billion in the form of inventory. The goods are mainly from Singapore, China, Japan, and other countries.

What is the effect on the main port activities?

With the establishment of PLB, Tanjung Priok Port functions only as a transit port, before the delivery to PLB. Since no inspection is conducted at our main ports, we can discharge (the goods) on the same day. While, for those at PLB, it will take 1.62 day(s). This is, certainly, also to support the cut of dwelling time.

With the presence of PLB, there is a decrease in storing rental (fee). For example, the heavy equipment using PLB is (only charged) USD5.1 million per annum. Besides, there is also an efficiency on the cutting of freight rate from a user (of PLB facilities).

This is because, in the past, they had to go back and forth (in importing) as the imports were in small quantity. So, from 2-3 vessels, (now) can be only 1 vessel. With PLB, the imported goods shall be in large quantity.

Since the imported goods are in large quantity and placed in PLB and not yet subject to any tax, either custom duty or import tax, it will automatically increase the cash flow (of the PLB user). This is because the (tax) payable is for those (goods) taken out (from PLB) to domestic. Therefore, as long as those (goods)  are at the PLB, the goods are not yet subject to the costums duty nor import tax.

A mere example related to the warehouse transfer: since the first generation, to move heavy equipment of a company, the company needed to perform shutdown for a warehouse in Singapore, (and) they move it here.

Based on the evaluation so far, what is the plan for further development of PLB?

On the last 27 March, Mr. President issued a new regulation on the development of Bonded Logistics Center from then to now, or from generation one to generation two. The generation two is for accomodating the support for industries in accelarating digital economy, national defence, distribution and logistics hub, as well as MSME (Micro, Small, and Medium Enterprises).

We perceived that there is a need to improve the second generation of PLB. This is surely because of the success of the first (generation) in transferring logistics, reducing load time, PLB full utilization, and lowering logistics costs.

What is the goal of the second generation of PLB development?

To accomodate the world economic development demands, particularly e-commerce, transshipment. Indonesia, if we take a look at it, lies between Australia and Asia continents and between Pacific and Indian oceans, thus we are in the intersection. So, considering this position, Indonesia wants to be a transit point.

Indonesia expects to be a regional hub, at least in South East Asia. Until now, the role is taken by Port-hub, Singapore. We have the potency, mainly because the goods stored there are dominated by the goods for Indonesian needs. Therefore, this is really feasible.

Also, there is a need of offshore trading. If we take a look at the development at the intersection of Strait of Malacca, we’ll see a lot of opportunities in developing the offshore trading.

As for the details, what kind of development that will be conducted?

From the first generation experience, the entrepreneurs requested the Government to give the certainty over tax treatment of a Permanent Establishment. Furthermore, problems about VAT Exemption Certificate (SKB PPN), surveyor report conducted in PLB, and back-to-back Certificate of Origin (Surat Keterangan Asal/SKA) were all reaffirmed in second generation of PLB regulation.

Related to the PE status, what kind of certainty requested by the entrepreneurs?

For illustration, lately, there are many questions from foreign entrepreneurs. They intended to store their goods at PLB and made Indonesia as the regional logistics center. Then, they questioned about the PE status. We have made a reaffirmation here. So, (for) the determination of PLB status as a PE, the following regulations apply.

First, the PLB status is in compliance with Double Tax Avoidance Agreements (DTAA)—in the event that the supplier’s country of origin has a DTAA with Indonesia. So, if they had entered into a DTAA, we will follow the regulations of the DTAA.

However, if we are dealing with the country from which the goods are originated not yet entering into DTAA (with Indonesia), it (the status) shall be in accordance with the laws and regulations on Income Tax—in case that the jurisdiction countries have not yet entered into a DTAA. I think that the reaffirmation is really crucial, so that after this, indeed, there will be a lot of them (entrepreneur) entering Indonesia.

Then, how about SKB PPN?

As an illustration, as for SKB PPN, upon any import, there was a provision obliging the use of BL (Bill of Lading) as one of the requirements. Because now it is not done at the port, we can process the SKB using equal documents, which are customs documents.

So, it will be really simple, no BL is required. It is because, for instance, the goods as much as 100 containers enter into a PLB, (but) can only be sold partially, yet there is no partial BL. Therefore, we use customs documents , and upon which the SKB will still be issued. Thus, it remains their rights, the users in domestic will remain obtain the SKB PPN.

What are the focuses of the second generation of PLB?

Considering the previous points, the Government had decided to develop the second generation of PLB, in which there are seven kinds of additions. In the past, the point is that it was for industrial raw materials and machinery. Now, we can see that there is PLB for basic needs, such as soy, wheat, corn. Thus, we hope that later on Indonesia, which does not produce much soy, can import one large ship (of soy), either 1,000 tons, 100,000 tons. There are two advantages of this: stabilization of basic need supply and the price will definitely go down.

The second is PLB for air cargo hub, transshipment. This is mainly at Bali, Ngurahrai Airport and Cengkareng (Soekarno-Hatta Airport). This is because, if we take a look at Bali, there are around 100 international flights and most of them are carrying passengers, with empty hull. We can definitely make use of this for PLB: entering (the goods) from Bali and we distribute them to everywhere.

Third, PLB for finished goods. To begin with, we specified (only for) liquor. Nevertheless, after this, we will surely accomodate any finished goods, as long as it comes with recommendation from related ministry. Why liqour? We can see that until now liquors are in Singapore, then partially one container gets into Priok, into Surabaya.

And now we want to move it here. So, later on, from the seller (the goods) will enter into Indonesia as in large quantity, then we jointly distribute and control it. The advantage is that PLB is centralization so that we can control it together. This is not the project of customs and excises, but this is the project of Indonesian Government, the controller is Indonesian Government so it will be collectively controlled.

Fourth, PLB for e-commerce to be an e-commerce distribution center. Malaysia has already had one, Indonesia wants one as well.

Then (sixth), PLB for floating storage. So, this will be some kind of gas station in high seas. At the Strait of Malacca, there are a lot of buying and selling transactions taking place. We can make the Strait of Malacca and the area around Nipa Island, Batam area, as an oil PLB, for instance.

Furthermore (seventh), PLB specifically for export of commodity goods. We take tin, rubber, and coffee as the examples. This is important, we are the largest tin exporter, but the commodity exchanges are in Singapore. So, we export the tin to Singapore first, then we sell it there.

They sold tin in Singapore instead of Bangka Belitung, (and) because when the goods were still in the Indonesian region before the policy was issued, we deemed (the sales) as domestic transactions, so the buying and selling, though (the goods) have been through five-time transfers, was still subject to tax—particularly VAT.

What is the tax treatment if the commodity goods enter into the PLB related to the taxation?

So, under the new principle, as the prevailing Minister of Finance Regulation, once local goods enter into the PLB, the goods are deemed being exported, as if the goods are already abroad. Therefore, no matter how many times the goods being transacted, may be ten times, the goods are not subject to any domestic VAT. Thus, this is what will attract the interest in moving the commodity exchange. 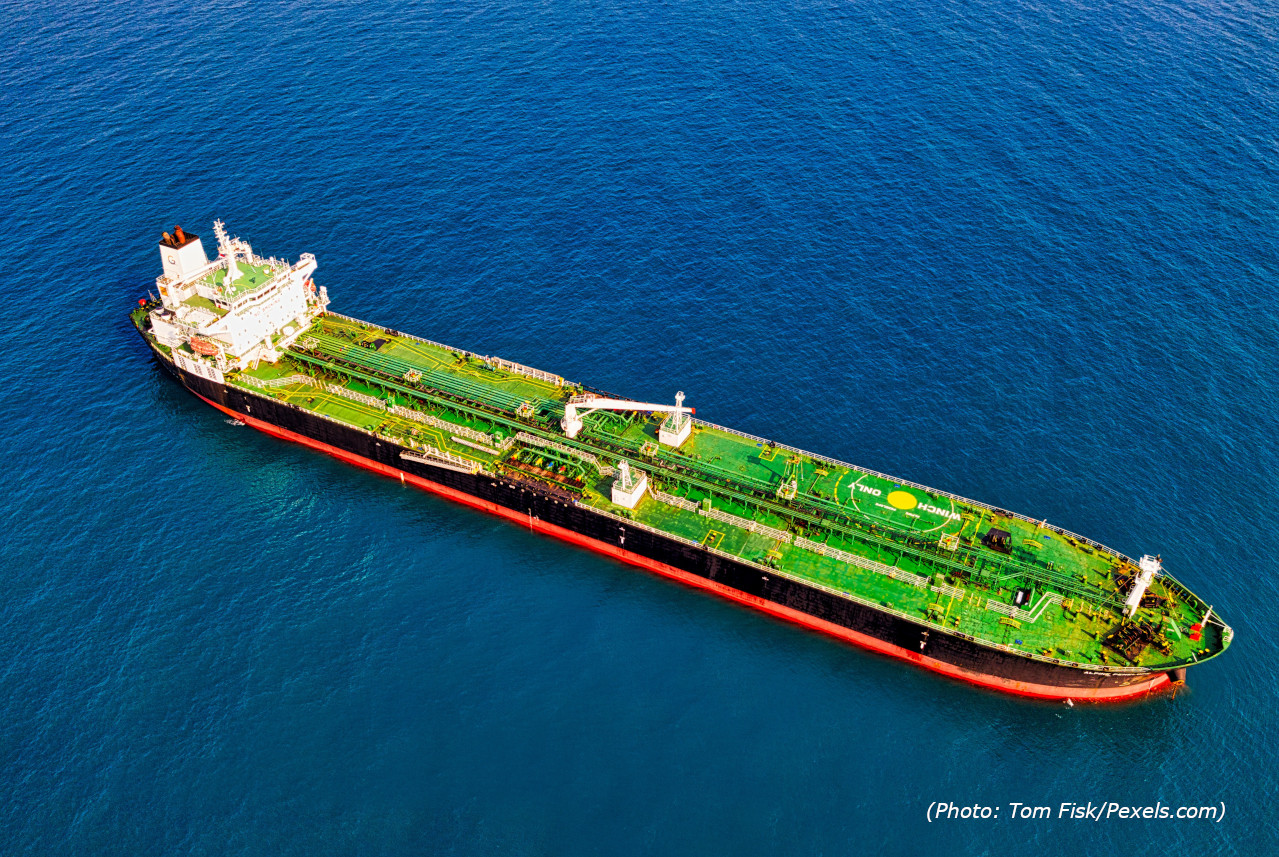 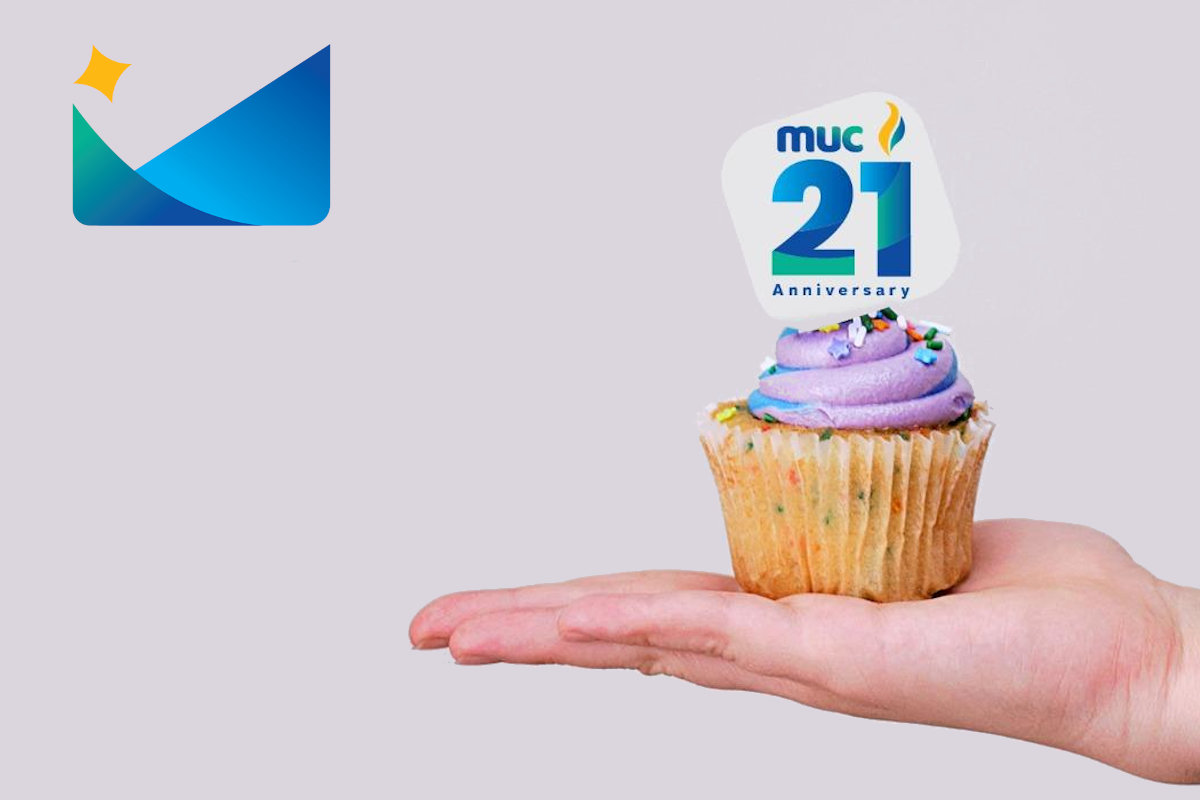 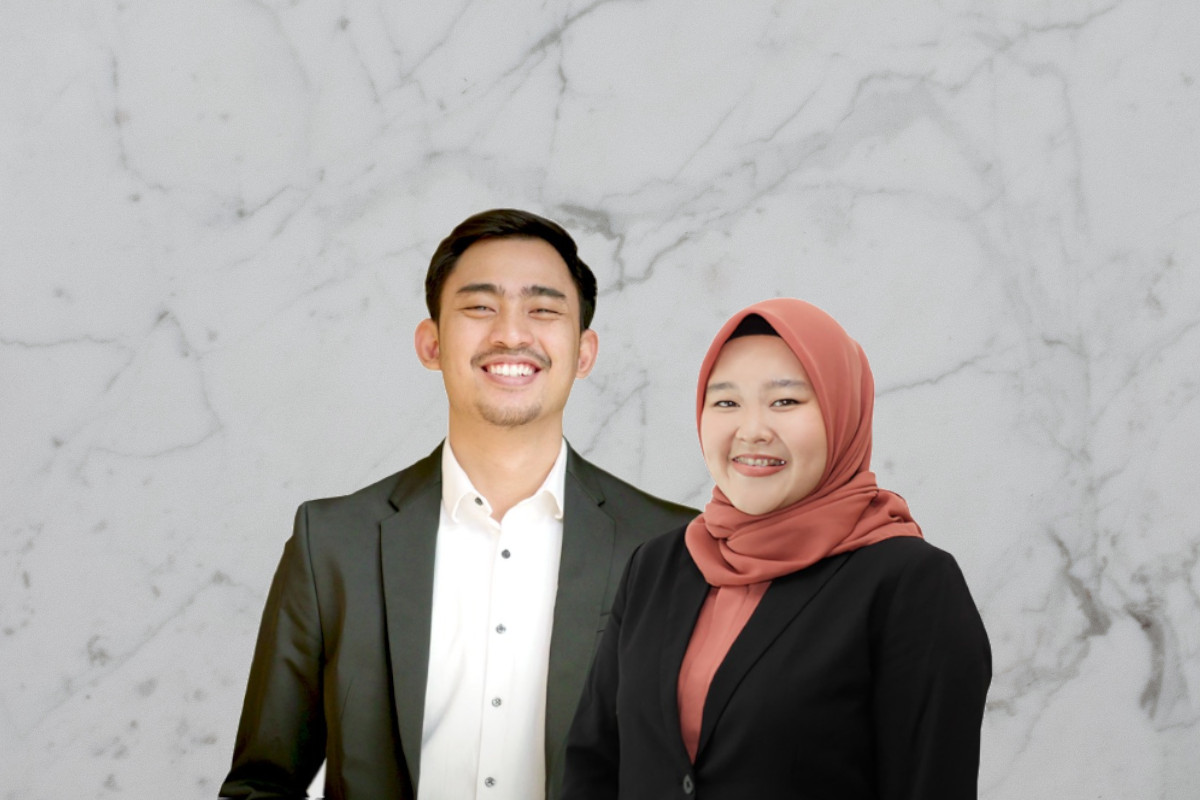 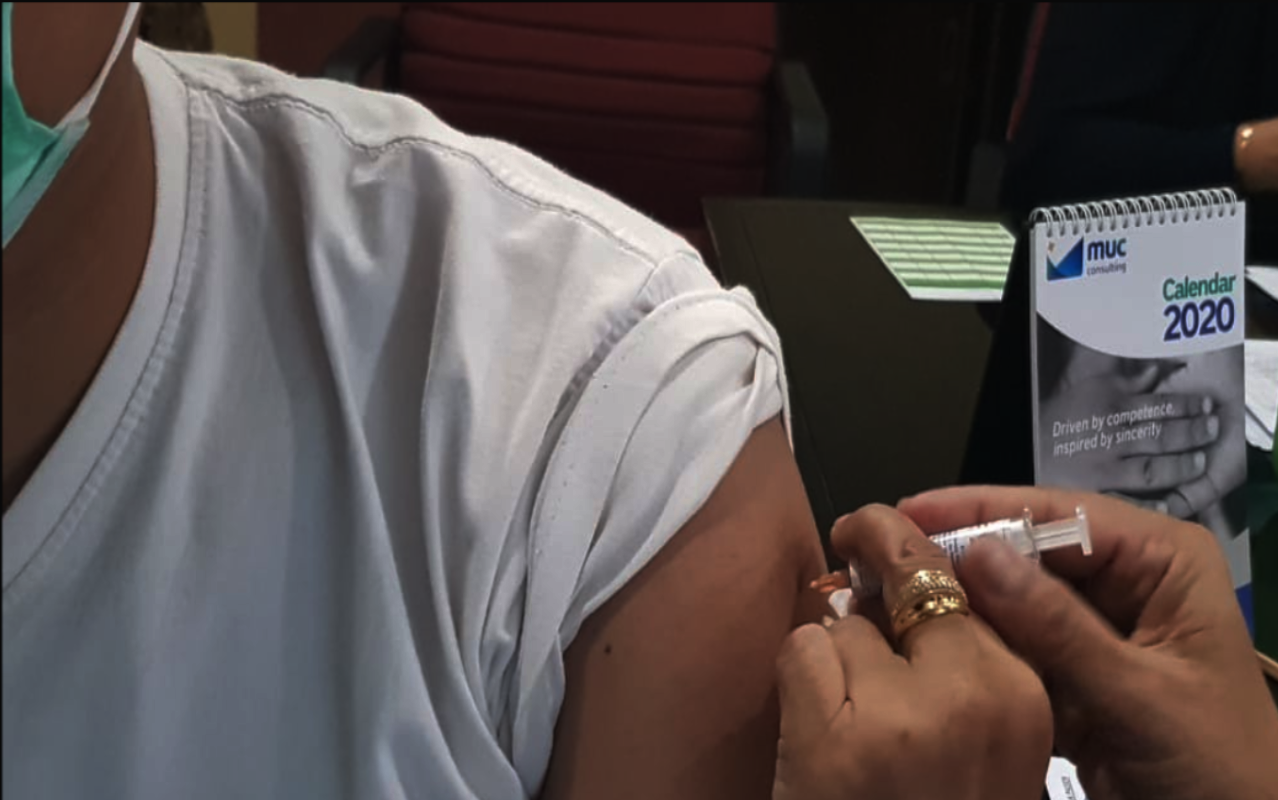