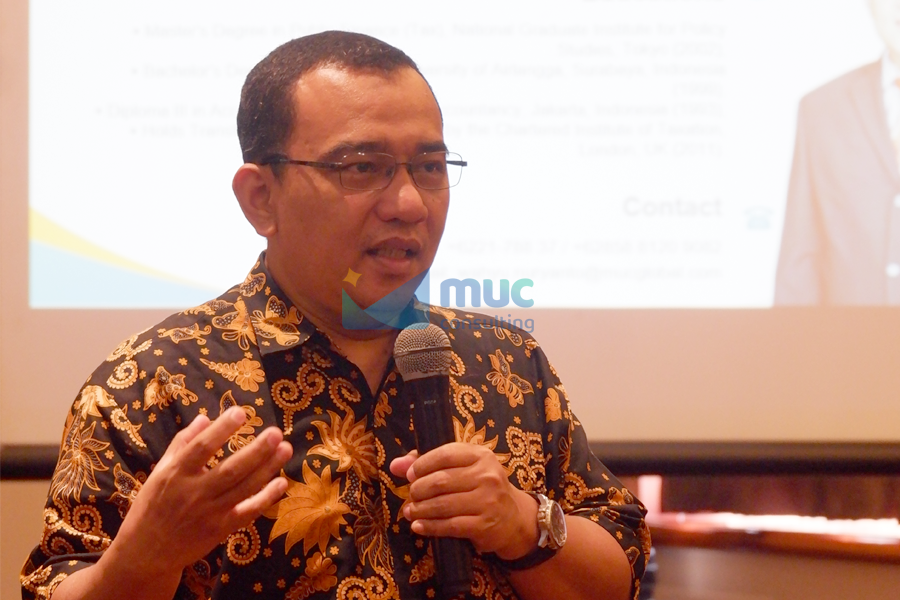 By the end of the first period of his term, President Joko Widodo was disappointed at the performance of the Indonesian investment. This is because out of 33 Chinese companies relocating plants, none of them chose Indonesia. Twenty-three companies chose to establish their plants in Vietnam, while the remaining moved their plants to Malaysia, Thailand, and Cambodia.

A similar condition has happened when 73 Japanese companies migrated. Forty-three of those flocked to Vietnam as their new plant destination. Meanwhile, the other 11 companies shifted their plants to Thailand. Fortunately, the remaining 10 companies were interested in relocating their plants to Indonesia.

It seemed to take Indonesia by surprise while Indonesia is struggling to deregulate investment obstacles. Moreover, a dozen economic policy packages have been issued for the last five years, most of them have offered various tax incentives.

The condition is an anomaly compared to the significant growth of the government’s tax expenditure year by year. Quoting the data collected by Fiscal Policy Agency (Badan Kebijakan Fiskal/BKF) of the Ministry of Finance, throughout 2016, the Indonesian Government spent a tax expenditure of IDR143.6 trillion. The number increased by 37% to IDR196.8 trillion in 2017 and was predicted to increase by 12.3% to IDR221.1 trillion in 2018.

No wonder the public questioned the effectivity of the fiscal incentive policy implementation, especially related to the tax allowance and tax holiday facilities for investors in certain business fields and periods. Instead of attracting new investment, businessmen hardly give responses to the tax facilities, let alone utilize them. Classic excuses of investors being reluctant to use the facilities are always about the complicated procedures as well as the difficult business criteria and requirements for the investor candidates to obtain such facilities.

Furthermore, the government has cut the final income tax rate for micro, small, and medium enterprises (MSME) from 1% to 0.5%, as well as granted the ease of tax refund incentive. Recently, the government has also offered a facility of taxable income reduction up to 300%. The facility, popular by the name of super deduction tax, is intended for business entities holding vocational education as well as research and development activities.

A fiscal incentive policy is not a problem if its effectivity in attracting investment has been tested. An aggressive tax expenditure must also consider the high revenue target, which, in the last few years, was unreachable by the tax authority. In addition, the excess arisen from the excessive granting of tax incentives must also be anticipated.

International Monetary Fund (IMF) in the middle of 2017 highlighted the trade liberalization—marked with economic integration and cross border investment—deemed resulting negative side effects. Not only the case of rampant aggressive tax planning by multinational and regional companies, a cross-country aggressive competition over investment through the granting of various incentives and tax exemptions must also be watched out for.

Related to this issue, Organisation for Economic Cooperation and Development (OECD) in the last few years routinely conducts studies to measure the negative effect of the Harmful Tax Competition from each investment decision in the financial sector and the taxation consequence. OECD concluded that harmful tax practices are resulted from a harmful preferential tax regime and a tax haven.

There are four fiscal policies in Indonesia studied by OECD, namely those related to the tax incentive for public companies, tax allowance, tax holiday, and Special Economic Zone (SEZ). Even though not categorized as harmful tax practices, the four tax incentives may be seen by other countries as unfair policies in winning investment. It is feared that other countries will react to the policies by lowering their tax rates, which may trigger a rate war.

The next question is whether the tax incentive is the only reason for investors to invest. In most cases, the basic problems commonly complained by business actors are not always taxes. Their answers are mainly about complicated bureaucracy, limited infrastructures, energy supply guarantees, and legal certainty.

This is confirmed by the result of the Ease of Doing Business (EODB) survey conducted by the World Bank, showing that the tax payment is one of the 10 factors being the basis of the assessment made by investors to the investment climate and the ease of doing business in a country. There are other nine factors affecting an entrepreneur’s decision to invest in a country: the cost to start the business, the process of construction license, the access to electricity, the property registration, the access to credit, the protection for minority shareholders, the contract enforcement, the bankruptcy case settlement, and the cross-countries trade.

In fact, Indonesia has been improving the taxation sector for the last five years, except in 2018 when the paying taxes rank of Indonesia fell 10 points, from the 104th position based on the survey held in the previous year to the 114th position out of 190 countries. However, afterward, the Indonesian paying taxes rank keeps improving along with the improvement in the tax administration.

The latest survey (EoDB 2020) showed that the indicator of Indonesian paying taxes increased by 31 points, from 112th position (EoDB 2019) to 81st position. This was due to the improvement in the tax administration system that was successfully reducing the tax payment number per year from 43 to 26, as well as cutting the time needed to pay tax from 207.5 hours to 191 hours in a year. One of the innovations in taxation field being the plus point is the obligation to submit the Tax Return online (e-Filing), especially for income tax and value added tax (VAT) reportings.

Unfortunately, the improvement in the taxation sector could not boost the rank of Indonesian ease of doing business (EoDB 2020), which was stagnant in the 73rd position out of 190 countries since last year.

Meanwhile, the average time needed to prepare, submit, and pay (or hold) the income tax, VAT, and employee tax (including salary tax and social contribution) is 191 hours per year. In spite of the improvement, it is not comparable to the lower average time needed in the Asia Pacific region (173 hours/year) and OECD countries (158.8 hours/year).

The national taxation policy is always interesting to be discussed, indeed. On one hand, the tax revenue target has been significantly increasing year by year along with the high expectation of state development. On the other hand, the weakening of investment thrust towards the economic growth makes the government grant more fiscal incentives to turn the condition around. As a result, the tax authorities are in dilemma: they are pushed for raising the revenue while surrendering a part of the potential revenue in order to stimulate investment.

Until August 2019, the tax authorities could only reach a revenue of IDR801.02 trillion or 50.78% of the 2019 State Budget target of IDR1,577.56 trillion. The realization grew by 0.21% compared to the previous year, which was only IDR799.46 trillion, but will it be enough to be the base for achieving this year’s target? The data signalled a yearly difficulty for the tax authorities in facing shortfall, which possibly recurs next year (2020) if the tax revenue target is still forced to increase by 18% to IDR1,861.8 trillion.

Ideally, the fiscal stimulus policy can boost the investment, which in turn will bring a higher contribution to the economic growth and the tax revenue. The shortfall should not be a compromise for attracting investment as much as possible.

*A shorter version of this article has been published in Majalah Pajak November 2019 edition.