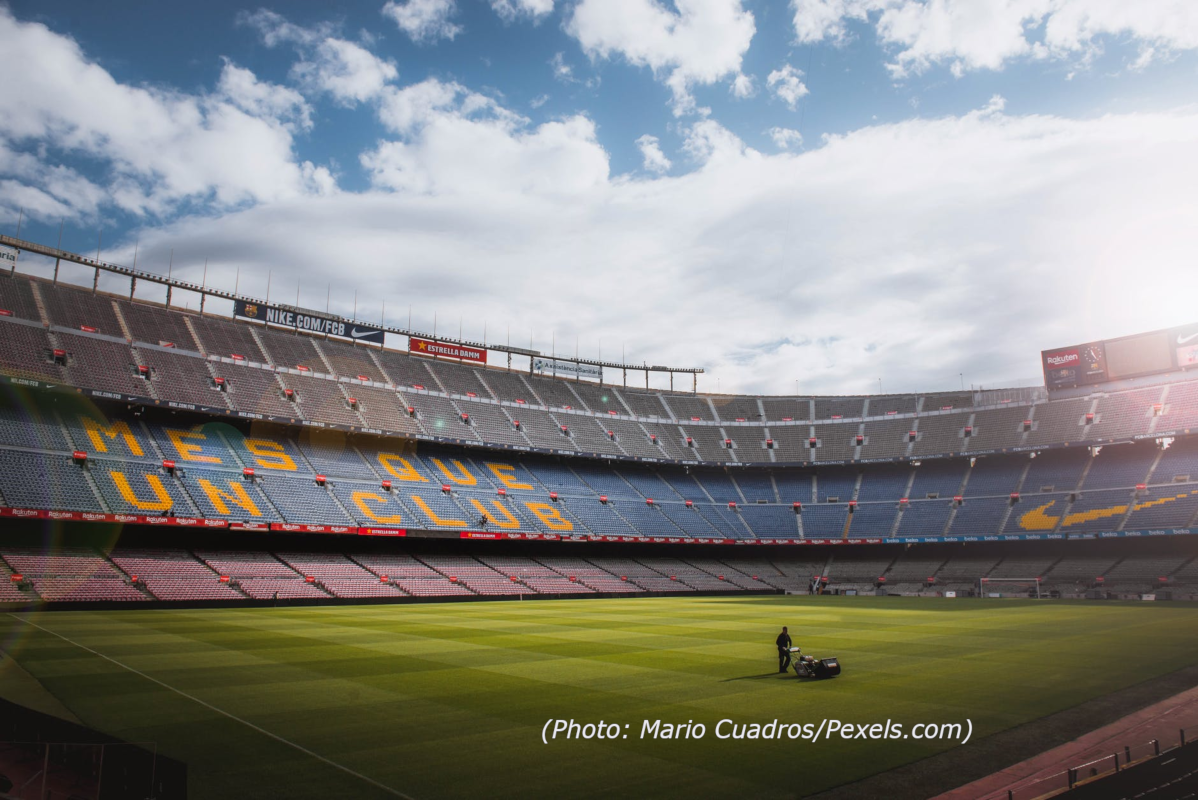 Lionel Messi is a living legend of world football nowadays. His natural talent for playing football attracted talent scouts at a young age. It was the Catalan team, Barcelona, ??who managed to sign him at the age of 13 – and exploited him as a money-making machine as well as the contributor to the most titles in the club's history (35 titles).

The money factor is also what makes this "Magic Boy" cry because he has to part with the team he has defended for 21 years. The financial crisis left Barcelona unable to extend Messi's contract which expired on 30 June 2021.

In fact, the six-time World Player of the Year (Ballon d'Or) has given up his salary cut by 50% from the value of his last contract, which on average per season is paid 75 million euros or equivalent to IDR 1.2 trillion.

Despite being forced to do so, the Blaugrana are faced with Financial Fair Play, European Football Authority (UEFA), and Royal Spanish Football Federation (RFEF) rule that prohibits spending—including the player's salary budget—in excess of income.

Therefore, letting go of Messi is a bitter choice that cannot be avoided, and perhaps the best and at the same time the dumbest solution made by the Barcelona management to save the club.

But with a multitude of achievements, it is not difficult for Messi to find a new stopover. After parting ways with Barcelona and Spanish football, he chose to move to Paris, by signing a two-year contract with Les Parisien although the salary was not as high as in Barcelona.

However, Messi will still be the highest-paid player at Paris Saint-Germain (PSG), with a fee of around 40 million euros or equivalent to IDR 676 billion per season. The difference is, it is the net income that the 34-year-old player will receive because it has been taxed.

Taxes appear to be a serious concern for Messi and his father – Jorge Messi – who is also his manager.  The story, of course, begins in  Barcelona, ??Spain.

During his time in Matador Country, Messi had been entangled in a number of cases related to alleged tax evasion. His name even appeared in the Panama Papers, a world-famous investment document belonging to the law firm Mossack Fonseca that was leaked to the public. The documents reveal Messi's investment traces through a number of shell companies allegedly used as camouflage to evade taxes.

Then, in 2017 a Spanish court sentenced Messi and his father to 21 months in prison, as well as fines of 2 million euros and 1.5 million euros, respectively. They are allegedly embezzled taxes through shell companies amounting to 4.1 million euros between 2007 and 2009.

This case has actually been a concern of the Spanish tax authority, Agencia Tributaria. Precisely since 2010, when Agencia Tributaria actively investigated the income of football stars who competed in La Liga.

Tax officials in the Matador Country also check the income received by football celebrities from outside Spain. Particularly as it relates to the copyright for the use of images and posters for commercial purposes.

Messi is not the only one bothered by the actions of the Spanish tax authorities. His compatriots in La Liga such as Neymar, Gerard Pique, Cristiano Ronaldo, and even former Real Madrid coach Jose Mourinho have also been caught in the same tax case in Spain.

This series of tax cases makes Spain considered a less friendly country for footballers. Although actually Spain's tax rate is lower when compared to other best football competition host countries, such as England, Italy, Germany, or even France.

It turns out that it is not just a matter of tax rates, the main problem may be more on the implementation of the worldwide income tax system in Spain. In this case, the tax authorities not only tax the income earned by Messi and his teammates in his jurisdiction but also all income from abroad. In essence, income from anywhere will be taxed, as long as they live in Spain.

The Haven for Newcomers

The worldwide income tax system is actually common in many countries, including France. If the tax regime were the same, wouldn't a transfer to PSG put Messi's football career at stake? Moreover, France is one of the countries that set high tariffs on the Blue Continent.

The answer lies in the special treatment given by the French Tax Authorities to expatriates. To be precise, since 2016, when France amended the tax rules to be more friendly to newcomers with special skills. One of the goals is indeed to improve the industry in the country including the football industry.

With this policy change, France entered a new tax regime known as the Special Expatriate Tax Regime.This is like a "red carpet" rolled out by the government for foreign workers, especially footballers. Since then expatriates have been able to obtain much lower tax rates than the rates imposed on French citizens.

Citing the International Tax Review, a foreign footballer who plays in League 1 (the French premier league) is entitled to an income tax exemption incentive on bonuses and other compensation he receives for eight years. This benefit is given if the value of the bonus and compensation is not more than 50% of the total remuneration received.

In addition, the French government also provides a 50% tax reduction on income from investment activities such as investment or securities, as well as income on intellectual property rights.

This new tax regime is of course highly profitable for french football industry players, especially PSG which has tremendous financial power. It has been proven since 2016 that this Parisian proud club has easily attracted many star players, ranging from Neymar Jr, Sergio Ramos, Georginio Wijnaldum, Gianluigi Donnarumma, and the most horrendous of course Lionel Messi.

France is actually not the first country to grant fiscal incentive support for the football industry. In fact, Spain was the first to provide similar tax facilities to advance the national football industry through the echo of La Liga.

In 2005, the Spanish government granted tax relief to wealthy athletes and foreign workers with special interests, in the form of the application of an income tax rate of 24% (flat). This is lower than the previously applicable progressive tax rate of 24%-43%.

The policy is popularly known as Beckham Law because afterward, there was a mega transfer of English football star David Beckham from Manchester United to Real Madrid for a dowry of 37.5 million euros.

What Spain and France do is widely imitated by many countries in the world. Indonesia should also be able to learn how to use taxes as an important instrument for a more competitive and high-quality national football industry.

For this reason, the role of the state is vital. It is not enough just to allocate a certain amount of budget through a ministry and a football federation, which in fact has not been effective in producing achievements up to now.

It does not mean that the government should intervene directly with the league regulator or PSSI. There is also no need for the government to intervene in technical regulation of matches or instruct state companies to take over the organization of the league. Especially when it comes to setting the score, it's strictly prohibited!

The government only needs to stimulate business actors to take part in managing the national football industry in a transparent and accountable manner. One of them is by providing tax relief incentives for business actors in the industry, especially the players who compete.

If there are persistent conflicts of interest and politics that dominate the league, when will Indonesian football scene improve?!