Women Are the Pillars of the State, Not Second-Class Citizens!

The world has just celebrated International Women's Day on 8 March 2021. A few weeks later, Indonesian women celebrate Kartini's Day on 21 April 2021. Both momentums reinforce the existence of women in fighting for emancipation and equality at the national and global level.

The issue of "equality" is more and more echoed in the midst of a global development, which in fact cannot rely solely on male domination. This is also a reminder that to this day, discrimination still exists in a number of areas. The article will focus on the role of women in the field of economics and taxation.

World Economic Forum in the Global Gender Gap Report 2020 stated that Indonesia was ranked 85th out of 153 countries with a score of 0.70. This figure shows the gender equality in Indonesia has not changed since 2018.

The Minister of Finance Sri Mulyani Indrawati once said that women's role in both the domestic and global economies cannot be underestimated. According to her, if women are given equal opportunities in the economy, the global economy can boost up to USD12 trillion by 2025. She calculated that women's economic potential could reach USD28 trillion or 26% of the world GDP, provided that they are given equal opportunities. The statement was actually confirmed from the Data on Micro, Small, Medium Enterprises (MSME) and Large Enterprises Development (2014-2018), which shows that 99.99% of the total 64 million business units in Indonesia are MSMEs and more than 50% of the owners are women.

Ideally, women's contribution to the economy is directly proportional to tax revenue. By the record, it is under the condition that women are truly treated equally and without discrimination. Moreover, several studies have shown that gender may affect taxpayer compliance.

Based on the results of research from the University of Exeter, England entitled Gender, Social Value Orientation (SVO) and Tax Compliance (2018), women are proven to be more tax compliant than men. The research, conducted in five countries, namely Italy, the United States, The United Kingdom, Sweden, and Romania, also mentioned that women are more honest in their tax declaration. The results of this research are supported by a study conducted by Kerstin Grosch and Holger Rau (2017), which confirmed that women are more honest than men. It is related to the prosocial traits generally possessed by women. The point is that women are easier to do voluntary things than men.

The research results of Janne Chung and Viswanath Umashanker Trivedi (2003) also stated the same thing. By using a friendly persuasion approach, it can be proven that women are significantly more willing to report their actual income than men.

Then, a study titled Women in Control and Tax Compliance discussed the close relationship between the position of women in company with the level of corporate tax compliance. This study was supported by the results of a World Bank Enterprise survey involving 23,178 private companies in 98 countries, with a focus on developing countries. Based on the results of the study, women in top manager positions have a major influence on the level of corporate tax compliance.

Similarly, companies led by a woman tend to have good tax compliance. Therefore, the study concluded that companies wishing to improve their tax compliance should begin to design policies that enable women to be at the top managerial level, including as corporate leaders.

According to those studies, it showed that women have higher tax awareness than men, although this is not absolute. Some studies conducted in Indonesia even showed no difference between women and men in terms of compliance or awareness of taxes.

Some studies conducted in Indonesia actually showed no difference between women and men in terms of tax compliance or tax awareness. One of them is research by Khansa Chetisa Putri and Lintang Venusita (2019), which revealed that gender has no significant influence on tax compliance. This is because both women and men consider tax to be a burden that reduces financial costs. Instead, it is the level of nationalism that plays a major role in tax compliance.

Further, another study titled The Impact of Demographic Factors on Tax Compliance in Indonesia also gave a similar conclusion. In the research by Ganda Frisno Pasaribu and Christine Tjen (2016), it showed that female and male respondents have the same level of tax compliance. The study, which targeted 304 respondents, revealed that tax compliance is influenced by other factors such as education level, type of jobs and income level.

The Pillars of the State

Etymologically the origin of the word "perempuan (woman)" is "empu" meaning master, proficient, or powerful person. The word "perempuan" is also related to the word "ampu", which means to support, rule, guard of salvation, and even guardian.

The Coordinating Minister for Political, Legal and Security Affairs Mahfud MD once quoted the hadith of the prophet, which states that women are the pillars of the state. If a country is good and strong, it is because of the role of women.

In the context of taxes, women should also be empowered to raise taxpayer awareness because women are usually more careful, disciplined, and obedient to the rules. Moreover, it will be better if women are actively involved in the economy and are well educated in the field of taxation.

Unfortunately, the tax system in Indonesia—which adheres to family income as a joint-family taxation—is still not pro-women. This concept tends to be detrimental to women, particularly for those who are married.

For working women who are single, they get the same rights as men when it comes to tax payment. As long as they have income above the non-taxable income (PTKP), they are automatically obliged to pay their payable taxes.

However, the case is different for working women who are married. They do have the flexibility to combine the Tax ID Number (NPWP) with their husbands or choose to have separate Tax ID Number. The tax authority considers this to be a form of women's freedom and flexibility in the field of taxation.

However, there's a thin line between discretion and discrimination. Because the tax system considers the family as a unit, so when a wife chooses a separate Tax ID Number or carries out her own tax obligations, she must pay higher taxes than men. With a progressive rate, if the husband’s income is higher, the wife is potentially subject to a higher tax rate based on the husband’s layer of taxable income. In fact, this freedom seems to "force" women to combine their tax obligations with their husbands.

Another example of the case is a woman married to a man who does not work. To apply for the coverage in the non-taxable income calculation, the woman must request a certificate from the village apparatus or sub-district officials. This administrative requirement does not apply to men. The difference in treatment is the issue of gender discrimination in the field of taxation. This provision shows that women and men are not equal in terms of taxation.

If the government is serious about gender issues, especially in the field of taxation, it is the time for them to change the basis for calculating taxable income from family-based to individual-based. This concept has been widely researched and suggested by several international institutions, including the International Monetary Fund (IMF). With the change in the basis of calculation, it is not impossible that the women's contribution in tax revenue will soar. Remember, women are the pillars of the state, not second-class citizens! 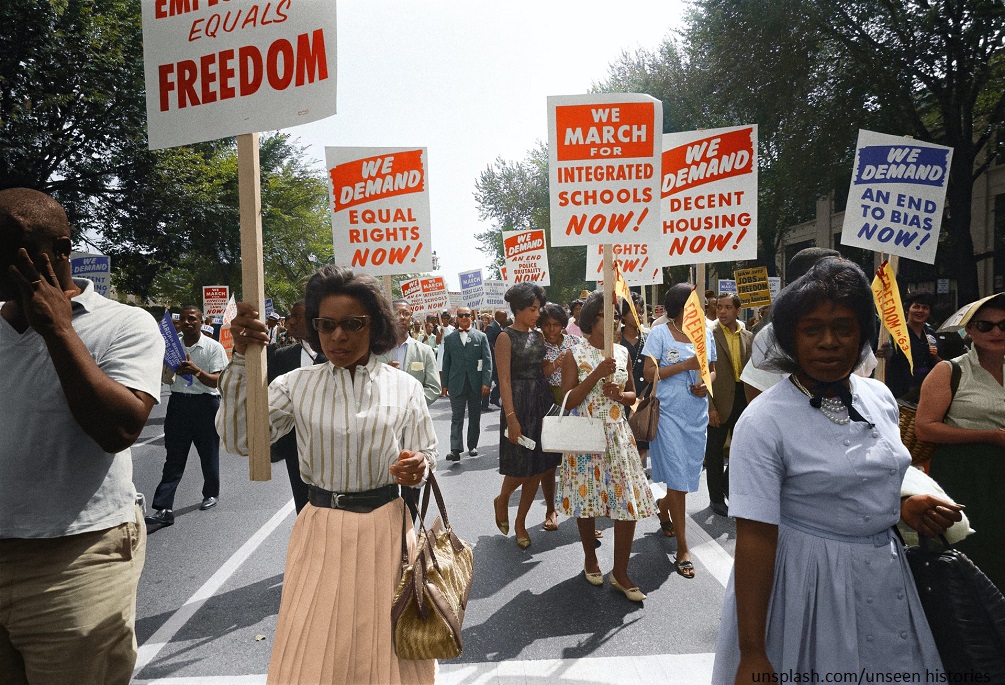