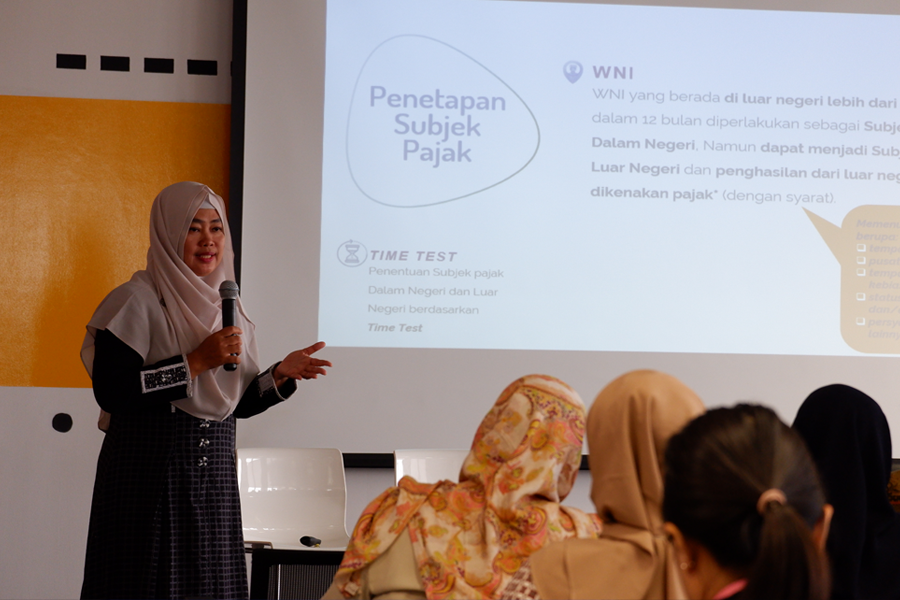 JAKARTA.  MUC Consulting in collaboration with Marquee Executive Offices held a discussion related to the Tax Omnibus Law Bill. The event lasted for two days, on 18 and 20 February 2020, at Connext Coworking Space, Alamanda The Tower, Jakarta.  The number of participants who attended reached 117 people, coming from various agencies and companies.
The discussion was hosted by MUC Consulting Partner Meydawati, who explained the key points listed in the draft Omnibus Law Bill.  In addition, this discussion also attended by The Professor of the Faculty of Administrative Science, University of Indonesia, Professor Gunadi who also gave a keynote speech.
For the information, the Omnibus Law Bill is a package of government policies which changing a number of provisions stipulated in several laws ( UU).  With the Omnibus Law Act, changes to the substance of the law need not be made by revising each act.
One of the policies is the Omnibus Law Bill in the field of taxation.  The draft regulation will change a number of laws related to taxation, as the policies can be more friendly to investment, bringing impact in encouraging economic growth.
In his keynote speech Prof.  Gunadi said that improving the economic structure could increase the income and prosperity of the people, therefore in the end it would also increase tax revenue.  This is in line with one theory that applies in economics, namely the theory of determinants of taxation levels.
Meanwhile, Meydawati explained a number of points of change set out in the Tax Omnius Law Bill.  First, a reduction in income tax rates (PPh) for corporate taxpayers to 20% in 2023, a reduction in corporate income tax rates on the stock exchange or go-public by 3%, elimination of domestic income tax dividends if re-invested.  Then, the government will also change the principle of taxation from worldwide income to territorial income, in addition to that the government will also change the concept of Permanent Establishment (PE).
The series of discussions concluded with a Tax Clinic session.  In this session participants had the opportunity to ask questions about many things to MUC Consulting consultants.
Discussion of the Omnibus Law Bill is a form of concern for tax consulting firms based in Jakarta and Surabaya on the development of national taxation.  MUC Consulting felt the need to participate as part of the government's efforts to improve the taxation climate, through the submission of the Omnibus Law Bill.