Industrial Revolution 4.0 Is Both a Threat and a Chance for Tax Digitalization 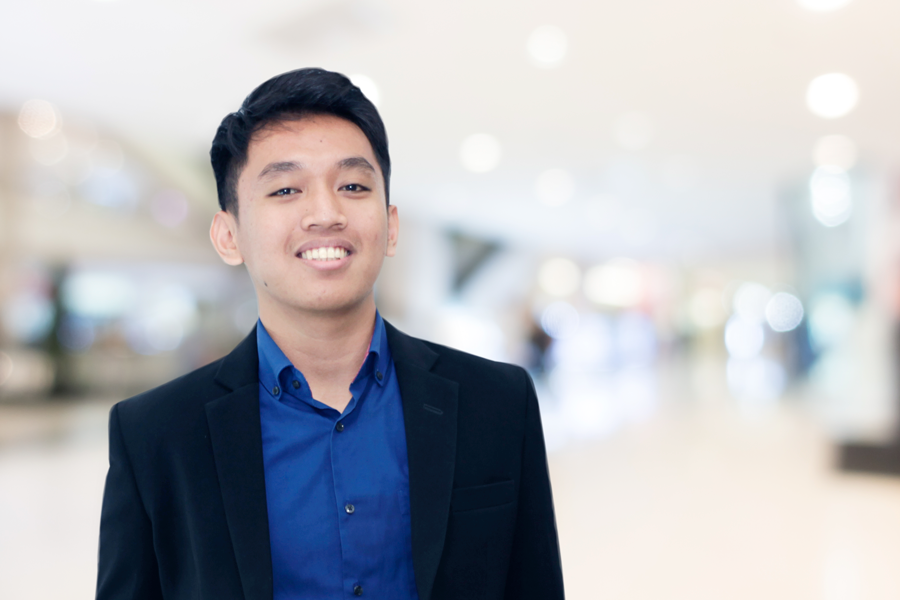 “Adapt or perish? Now as ever, is nature’s inexorable imperative.”

A saying by Herbert George Wells in his book A Short History of the World (1992). The statement of the British novelist, journalist, sociologist, and historian pretty much depicts the very dynamic world’s condition with its inevitable development. The world with all of its civilization changes more rapidly amid the exponential technology development.

As time goes by, technology development creates various innovations for simplifying all earthly matters. The latest phenomenal innovation is related to the creation of numerous applications that help people in their daily activities by only accessing a smartphone. “The World in Your Hand” is no longer a mere slogan, but it seems to have become an inevitability.

To rule the world, a number of companies compete to create applications to meet human needs and desires. Some of them are digital giants i.e., Uber, Grab, Gojek, Traveloka, Tokopedia, Amazon, Alibaba, and other top brands—both domestic and overseas. They offer various goods and services via their applications, from online store providers, household cleaning services, transportation services, food ordering services, goods delivery services, etc. Human is getting more spoiled by technology. We no longer need to go to the market for shopping, as now the market comes before our eyes.

Distance and time seem to be the enemies to be tackled by technology. An online transportation service provider is also an answer to human needs for efficiency. Only by tapping our finger on the smartphone screen, online driver comes in no time. People don’t need to wait long only for taking public transportation. Now, a taxi or an online two-wheeled driving service booking can be made with a smartphone. It’s not only for transporting humans, but also a means for distributing and delivering shopping goods.

The technology advancement is yet to stop although simplification has been and will remain provided by the technology giants. The development of robots, artificial intelligence, and augmented reality is technological variation massively developed in this century. The United States, Germany, and Japan, for instance, dominate the valuable robotic production for industrial and medical. Meanwhile, South Korea and China turn into the main manufacturers of low-cost consumer-oriented robots.

In Japan, robots start to widely take over human jobs in certain sectors. It’s not for no reason, the quite strict Japanese immigration policies in restricting the number of workers make robots an alternative for solving the problem. The types of jobs that start to be replaced by robots are those commonly dangerous, filthy, exhausting, and not requiring much personal interaction. However, now robots have significantly expanded to other sectors such as service and nursing sectors, which basically require personal skills. Several companies like Toyota and Honda compete in making robots for such purposes.

The wave of industrial revolution 4.0 has factually been going in Indonesia for the last few years. It’s marked by the rise of technological-based start-up companies that shift the economic direction from the conventional to the digital world. Practically, digital-based economic transaction shifts profits from the physical economy to the digital one.

In addition to its positive impacts on human lives and a country's economy, the industrial revolution 4.0 phenomenon rises a serious challenge. Disruption haunts the digital era that must be anticipated by all parties if they don’t want to be left out or even crushed by technology development. The government officials are not exception, notably the Tax Authorities.

From the tax perspective, the digital economy has yet to be specifically regulated in Indonesia. Whereas, the income earned from the digital economy is very significant. It’s depicted from the e-commerce industry capitalization that reached USD12 million in 2018. Unfortunately, the online sales transaction economic value is not in line with its contribution to the tax revenue that is far from significant.

We have to admit that Indonesia is one of the biggest global e-commerce markets. However, the goods and service providers in the Indonesian e-commerce market are mostly foreign-based multinational digital companies. Several foreign entities making considerable transactions in Indonesia are Amazon and Alibaba. When we make purchases on Amazon or Alibaba, which are foreign-based, Indonesia is not entitled to tax any income earned by those foreign entities.

The government obstacle in taxing foreign entities like Amazon and Alibaba is more because the two entities do not have a Permanent Establishment that becomes the Income Tax basis in Indonesia. The digital economy, indeed, doesn’t need physical presence for doing cross-country transactions. It makes the entities free to conduct transactions overseas even though they don’t have any Permanent Establishment in their market countries. Also, most tax treaties have not regulated digital economy. Thus, even though Indonesia has tax treaties with many countries, Indonesia is not entitled to tax the incomes generated from Indonesia. It is because no article in the tax treaties regulates the digital economy.

Previously, the government has issued Regulation of the Minister of Finance Number 210/PMK.010/2018 to impose taxes on e-commerce transactions. However, the regulation was revoked before it was even applied. It shows that the government is not yet ready to face the industrial revolution 4.0.

The digital economy is not merely e-commerce, the government should also be aware of the artificial intelligence development that will give impact on the business growth and finally the tax payment. Artificial intelligence embedded in a robot is predicted to displace human role in certain jobs. It means, a threat of unemployment is getting real, which will finally decrease individual income taxes.

The next question is, can robots be treated as taxpayers? Surely no tax regulation stipulates it. Further, individuals or entities enjoying the benefits of the robot creation cannot even necessarily be imposed with tax.

Therefore, the government should start thinking of the possibility that the job population invasion by robots will really happen in the near future. As the changes in the industrial revolution 4.0 era are extremely rapid, the government should also respond to it promptly. It’s important so that tax potentials from significant new sectors can be optimized as tax revenues.

Additional notes: Don’t let Indonesia only become the market for foreign brands without imposing taxes on them! The government should start thinking of how to tax technological innovation, which on one side gives many benefits for its developers, but on the other hand degrading the human role in production process. The industrial revolution 4.0 is a threat yet a momentum for all parties to adapt, including the tax authorities. Regardless the fact that we don’t want it nor like it, changes will surely happen. Changes will always occur and are inevitable. To survive, people should move faster as if they surf the wave of changes.

*This article is the Winner of MUC Writing Contest 2019.